A safari to Uganda is awful in general though it becomes more magical if we take you through the top highlight of the country, the pearl is a fantastic place for honeymoon vacationists or holiday vacations. Kabira Gorilla Safaris is a locally based Tour and Travel Company proven and registered under Uganda Tourism Board that can help you plan your safari to the country with a guaranteed wilderness experience.

The Volcanoes National Park (also known as Parc National des Volcans) is arguably the best place in the world to observe the critically endangered mountain gorilla. This is where Dian Fossey started the habituation of these gentle giants decades ago. 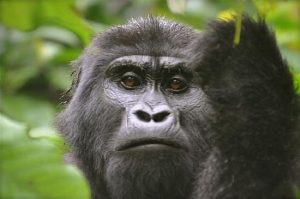 Why Uganda? – Winston Churchill a former British prime minister in 1907 penned down the statement that “For magnificence, for variety of form and color, for the profusion of brilliant life-bird, insect reptile, beast – for vast scale – Uganda is truly the pearl of Africa”, and more than a century later the statement still manifests. Uganda’s holiday destinations are thus worth visiting.

Uganda is notably one of the world’s most biodiverse countries, habituating 13 types of primates and 330 mammals, with six of which are found nowhere else, the country is home to over 1000 bird species and also encompasses the vast range of landscape that varies from Africa’s highest mountain ranges to the source of the world’s longest river, River Nile, and harbors the largest lake on the continent, Lake Victoria.

When it comes to a holiday safari to East Africa, Uganda is a wise and wonderful choice, though most people think of Tanzania and Kenya. Uganda is a better choice since the country offers one more thing that cannot be found in the other two countries, the mountain gorillas.

There are several other destinations to go on your holiday safari to Uganda including sites, Mountains, and lakes. Gorilla Safari Destinations list is just endless.